This vegan chicken noodle soup recipe is from my cookbook Great Vegan Meals for the Carnivorous Family. With a flavourful and authentic broth and shredded jackfruit this plant-based bowl of comfort is a dead ringer for traditional chicken noodle soup. 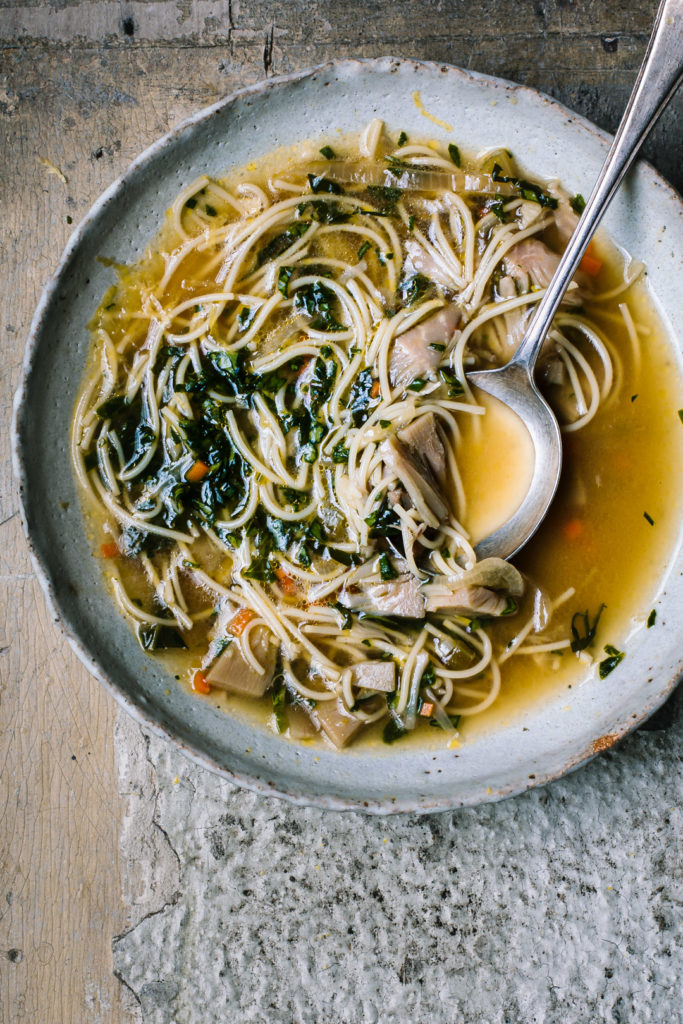 I have a Plant-Based Resources page here on the blog – if you haven’t checked it out, please do – and one of the articles offers my 10-Tips for Becoming (and staying) Vegan. Tip No.7 is Be a Cup Half-Full Person. By that I mean focus on the food you can eat rather than all the things you can’t on. Writing a list of all the foods you can eat is useful when you are beginning your vegan journey, particularly if you are feeling frustrated. Making the list is useful for longer-serving vegans too. All those ingredients can only inspire your cooking. 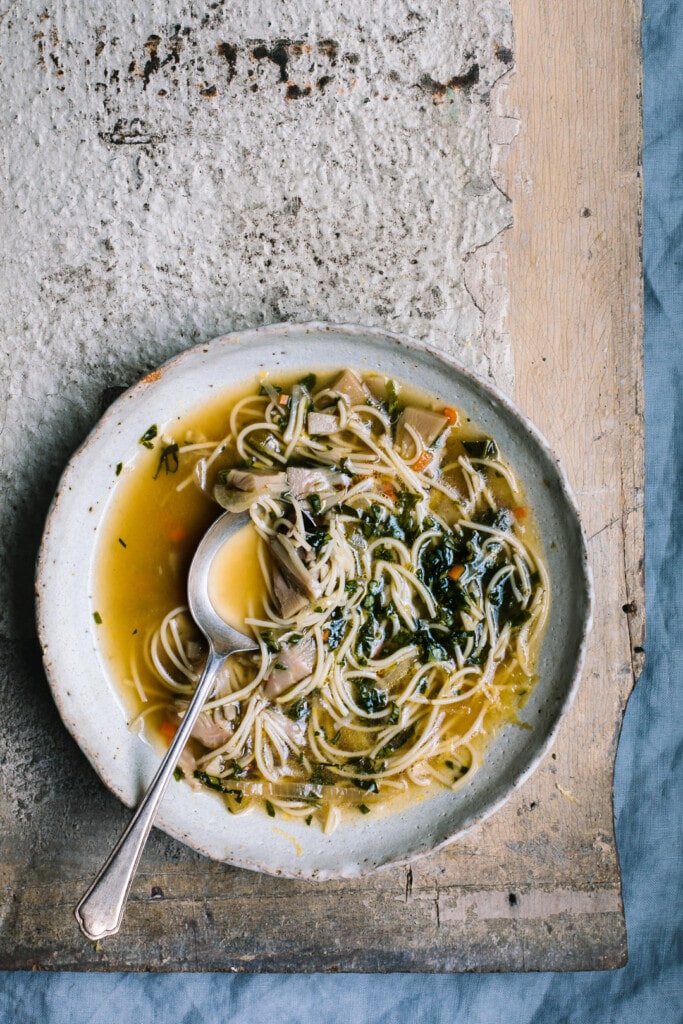 About 80% of the meals my family eats are created because I wanted, needed (hello, vegan chocolate cake) to create a vegan version of foods we enjoyed BIWV (before I went vegan). My family even prefers the vegan version sometimes – my vegan pot pies are better than traditional chicken pies, hand to heart. And no-one was harmed in the making.

To make this soup I first needed to decide on a chicken substitute. Jackfruit was an obvious choice but I’ve also made this soup for a fundraiser at my daughter’s kindy using shredded oyster mushrooms. Both are perfect substitutes for chicken and are cheap as chips.

The stock was a no-brainer – vegetable. However getting the rich, deep flavours of traditional chicken noodle soup required a little playing but where there is a will there is a way. Tamari, nutritional yeast and white pepper came to the party to impart body and oomph. Add traditional herbs, a little lemon zest and soup is served.

While I haven’t included them in the recipe, I sometimes add a cup of cooked chickpeas or a cup of green peas for protein.

Not only does my family love this vegan chicken noodle soup, the kindy kids did too. We got cleaned out! I am not sure anyone even realised it was vegan. How cool is that!

But really, what’s not to love? This soup is: 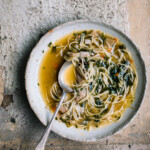 This soup is just like a big warm hug. This birdless version uses jackfruit instead of chicken in a crazily authentic broth. 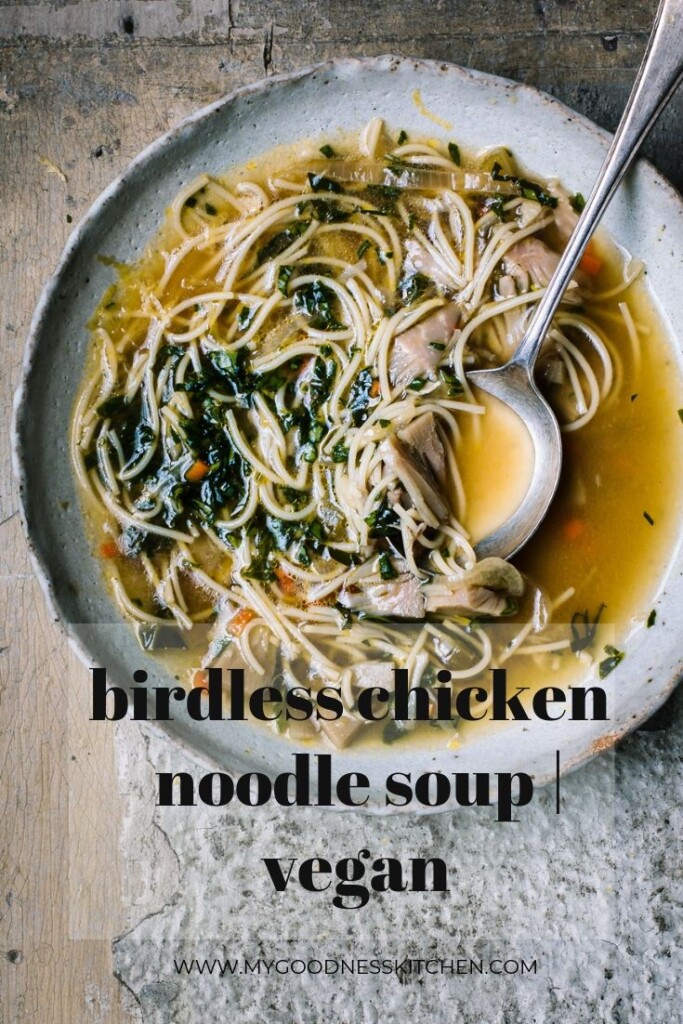